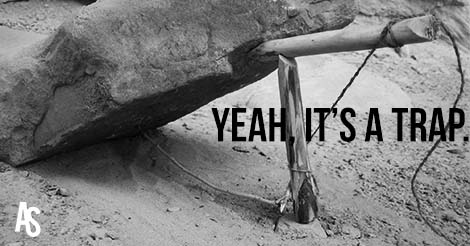 In my many years as a digital citizen, few things have brought more joy to my heart than the schadenfreude of seeing companies firmly plant their feet in their mouths on social media as part of their digital marketing.

It happens so often, with such alarming regularity, I often wondered how many job openings there would be for someone to work in digital marketing without making their company or client look like, well, an uninformed doofus.

Thankfully, I found such a position at Acumen Studio, so I feel this platform is a great opportunity for me to share a few tips on how we help our clients with their social positioning. We’ll begin with an anecdote of my own (almost) failure:

October 11 is “National Coming Out Day,” and we felt it was important as an agency to support the struggle of LGBTQ individuals all over the world by sharing something on social media. Many brands and companies participate in social issue discussions throughout the year, and frankly, some are hit or miss.

Here’s what I came up with:

Pretty solid, right? Edgy, without seeming too self-serving or overly corporate. We don’t lend our voice to the discussion to simply increase our name recognition, we do so because we care.

Others, well…not so much.

You see, the Seahawks won an important football game after overcoming a significant point deficit and…well, the specifics don’t matter so much as the idea that professional football does not equal the struggle of Martin Luther King. At all.

Moving along, I wanted a quote for our National Coming Out Day post that spoke to the issue with Acumen’s unique voice, plus something that would fit in an Instagram photo. A bit of quick Google-fu landed me the following: “I hate the word homophobia. It’s not a phobia. You’re not scared. You’re an asshole.”

Seeing the issue yet?

Having finished the design portion of the post, I was prepping the text and getting ready to publish when that nagging public relations and journalist part of my brain piped up. “Hey, do you remember how it’s the rush to be the first to post about something, or not really having professional input, that usually causes the biggest problems?”

Thankfully, I heeded that voice; a quick check of Snopes.com told me no, Morgan Freeman had never said that. The “quote” was from a tweet from a parody Twitter account using an image of Freeman as its avatar. It had been falsely attributed around the internet ever since.

Picture me, then, wiping my brow in relief. This potential bullet flew harmlessly over Acumen’s digital shoulder and we avoided a potential public relations nightmare.

The point of this anecdote (and this entire post, really) boils down to this: one of the most underappreciated aspects of your company’s digital marketing strategy is public perception. Online communities are almost rabidly tenacious to catch corporate entities with their social pants down. If you want to arrest a ring of thieves, you hire an ex-thief because they understand the mindset of the target. If you want to avoid the harsh brand damage that can come with an ill-advised social media post, you come to me, because I understand social. 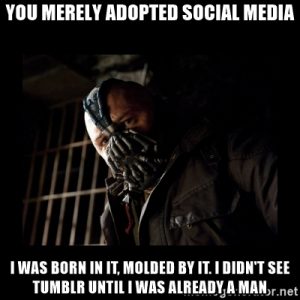 What other digital marketing firm is going to offer that?

To finish up, here’s a nice list, because the internet abhors a vacuum:

Zach is a content and digital marketing sorcerer who spent time on the high seas as a Mass Communication Specialist for the U.S. Navy before graduating from Southern Illinois University. Apart from his love of KPIs and the invention of the “Like”, good St. Louis ribs, and Cardinals baseball, he’s also got the greatest job in the world: being a dad.