Why Google Plus Social Network Is Shutting Down 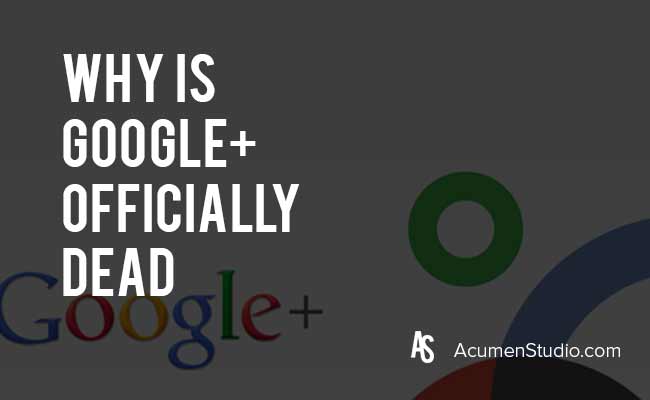 Why Google Plus Social Network Is Shutting Down

Google Plus social network will be shutting down soon from security issues and lack of use. Google Plus has been around for seven long years. When Google Plus first came out Google had employees use it and wanted them to encourage others to use it.  Google+ even influenced search results to get more people to use it. For a short time the more +1s a company received the higher their rankings started to climb, until Google slowly stopped pushing Google+ then less Googlers were posting on Google+. Some people liked Google Plus and others absolutely hated it causing a slow death to Google Plus.

Google Plus Data Breach Killed It

Google Plus data breach was the final straw in killing the Google+ platform.  Here’s how it happened, in 2018 Google started Project Strobe reviewing third-party data access and privacy controls. Project Strobe discovered users were not using Google+ and discovered data privacy issues with APIs. That’s when Google discovered the bug and patched it right away. However, they still covered it up and never told anyone until later. This affected 500,000 Google+ accounts with 438 applications using the APIs. Although, Google didn’t find any evidence of Google+ user data being abused they decided to end Google+ and put it to rest.

Google+ Was Slowly Dying Before The Security Breach

Google+ was already dying way before the security breach.  Google+ consumer engagement and usage dropped with most sessions only lasting five seconds or less. Most people argue that Google+ is designed for Google and not the consumers. Google+ was dying, but the final death of Google+ was the security breach the bug that ended it all. Maybe, Google has something better up their sleeve time will tell.

Or Submit your information below

How Many Quotes are Print Buyers Getting Online for Their Print Projects?