CPA vs CPC – What’s the Difference? Which is Better? 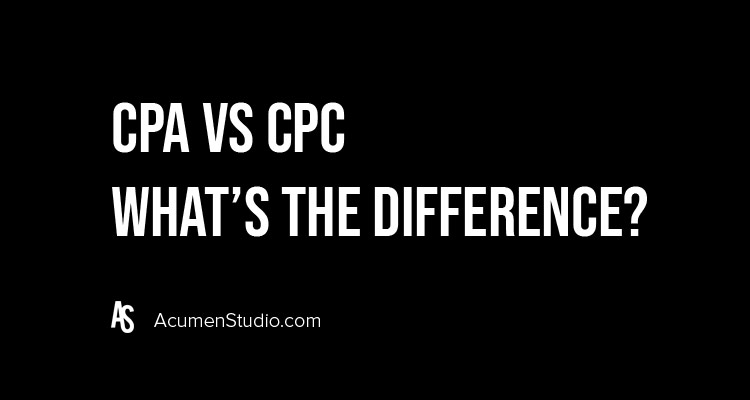 CPA vs CPC – What’s the Difference? Which is Better?

We get this question fairly often, “What is the difference between CPA and CPC?” or “Which is Better, CPA or CPC?”. There really isn’t a good answer to which is better because they are different and would be better in specific situations.

But sharing with you the difference between CPA and CPC is much easier and helpful for those in search of answers. In this article we’ll go deep into the CPC vs CPA question.

So however you think about it…

We’ve got a breakdown on this below which should be very helpful.

What is CPA (Cost Per Action)?

CPA stands for Cost Per Action.

Some will argue that CPC stands for Cost Per Acquisition and others consider it to be Cost Per Conversion. But if we’re being technical, an acquisition and a conversion are both actions so we like to stick with CPA meaning Cost Per Action.

In the earlier days of digital advertising there were times when platforms wouldn’t charge you unless a specific action was taken that you defined or chose from in the system. But as the ad platforms advanced the CPA model became more broad in what actions taken counted towards the payout.

Each platform has its own unique set of actions that are tracked and paid for such as Facebook, Google Ads and LinkedIn Ads. Some of the actions are clicks, shares, comments, and on page conversions.

The great thing about the CPA model is that you can set a CPA goal for the platform to optimize against. For example I could set a target CPA of $35 and the ad platform will serve specific prospects under the best circumstances to generate that $35 or lower CPA. The details on how these ad platforms do that is complex and not 100% known as to how they do their optimization.

Google for example will require you to have a certain number of conversions before you can take full advantage of the CPA model.

CPC stands for Cost Per Click in the world of advertising.

Many people think of CPC in relation to Google Ads (formerly Google AdWords) as they were the platform that really brought this ad payment model to popularity.

The Cost Per Click Model (CPC) was created so that advertisers only get billed when a prospect clicks on your ad. This was looked at very favorably in the advertising community because it ensured that a prospect saw the ad, read it and that they felt it was relevant enough to click on to then learn more.

In many instances marketers sometimes refer to the CPC model as PPC or Pay-per-Click. The unfortunate truth is that there are so many acronyms in the digital marketing space that you’ll find a lot of overlap and conflicting opinions or beliefs as to what some things mean. But hey that comes with the territory in every industry, am I right!

CPC or PPC is essentially the opposite of the CPM model or Cost Per Thousand (the M stands for 1,000 based on the Roman Numeral M). Using that model an advertiser would pay a specific amount of money for every 1,000 impressions. This came from older advertising mediums such as newspapers, radio, billboards and television when the estimated circulation, listenership, car traffic and viewership were estimated and advertisers would pay based on those “impressions”.

One of the most significant benefits to CPC advertising is being able to predict traffic. By paying for the click you can allocate a budget that will generate an expected number of visitors to your website. Digital marketers love this predictability for planning and forecasting.

Something very unique to CPC bids in the Google Ads keyword triggered ads environment is that the more competitive a term is the more that click will cost you in most cases. This dynamic pricing is controlled by a number of factors that we won’t go into fully here, but it may be worth your time to look into it even more.

Most major ad platforms give you an option to utilize a cost per click model including Google Ads, LinkedIn Ads, Facebook Ads and more.

So What is the Difference Between CPC and CPA?

While we’ve explained the details about CPC or Cost Per Click and CPA or Cost Per Action / Cost Per Acquisition we can now simplify this into an easy to understand difference between CPA and CPC.

CPA is paying for the action

It really is that simple. We don’t want to be too underwhelming with this, but the main difference between CPC and CPA is paying for the click vs paying for the action / acquisition.

In reality there are quite a few nuances to these bidding models and other elements that will affect the cost and the conversion potential. But those differences are much more in-depth and require a much more intensive training and explanation which you can find a lot of online for free.

Or Submit your information below 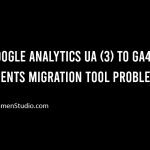